Over-the-counter pain medication has been helping people for generations. But new research from the Nurses’ Health Study II may have linked the use of frequent painkillers with a history of tinnitus. 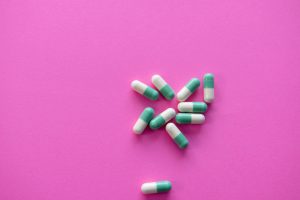 Have you ever stood too close to Co-Cathedral of the Sacred Heart and heard a faint ringing in your ear for a while afterward? This is tinnitus. This common condition, which affects between 15 to 20% of all people, is a symptom of an underlying disorder rather than a disease on its own.

Common causes of tinnitus include age-related hearing loss, a circulatory issue or an ear injury. For many, the cause of their tinnitus is never determined.

Longitudinal Study of Analgesic Use & Risk of Incident Persistent Tinnitus

The researchers of this 2022 study looked to investigate the independent associations of aspirin, NSAIDs and acetaminophen with risk of incident persistent tinnitus.

The data collected between 1995 and 2017 from a total of 69,455 women ages 31-48 years without tinnitus at baseline was reviewed in this longitudinal study. The study found that:

Women over the age of 60 were not impacted by frequent use of moderate-dose aspirin. Low-dose aspirin was also not associated with an increased risk of tinnitus.

Importance of this Study

According to Dr. Sharon Curhan from the Brigham’s Channing Division of Network Medicine, “OTC analgesics clearly have benefits with short-term use. However, frequent use of these medications and use over long periods of time may increase the risk of tinnitus and may cause other adverse health effects.” She continued to explain in the press release, “Therefore, it is important to take these medications mindfully and to limit their use as much as possible, and to discuss any change in medication use, whether prescription or non-prescription, with your health-care provider.”

While this is not the first study to link the use of pain killers with tinnitus, it is the first to investigate the medical cause of chronic tinnitus.

To learn more about tinnitus or to schedule an appointment with a hearing professional, contact Today's Hearing.