Hearing loss has long been linked with an increase in feelings of loneliness. Fortunately, seeking treatment for your loss may hold the key to preventing social isolation.

The Link Between Hearing Loss & Loneliness 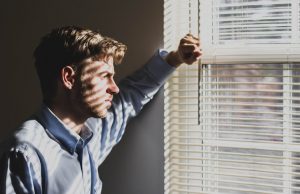 A Dutch study published in 2009 looked at the impact reduced hearing had on the psychosocial functioning of adults between the ages of 18 and 70. A total of 1511 participants were enrolled in the study. They completed hearing tests, speech-in-noise testing and self-reported questionnaires.

The researchers determined that for every drop in decibel perception, the odds of becoming severely lonely increased by 7%.

The Dangers of Loneliness

While loneliness may seem harmless, researchers have compared social isolation to the equivalent health effects of smoking 15 cigarettes a day. In addition to keeping you from joining a walking group in Katy Park, loneliness has been linked with:

In addition to loneliness, untreated hearing loss has also been connected with an increased risk of developing dementia. A 2013 study looked to identify if hearing loss was independently associated with an increase in cognitive decline. The researchers enrolled 1984 adults with a mean age of 77.4. None of the participants had a diagnosed cognitive impairment at the start of the study.

The researchers determined that when compared to those who had normal hearing, participants with hearing loss had a 24% increased risk of developing cognitive impairment.

How Treatment Can Help

Seeking treatment, usually in the form of hearing aids, is the best thing you can do for your hearing loss, health and social life. Being able to hear again can help get you or your loved ones back into the community, participating in events and engaging with others.

The first step toward seeking treatment is to schedule a hearing exam.

To learn more about the link between hearing loss and loneliness or to schedule an appointment for a hearing test, contact the experts at Today’s Hearing.