Hearing loss patients in Katy and throughout Texas confront many challenges in their daily lives. Some, such as difficulty communicating, are obvious; others, however, are easily overlooked. October is National Audiology Awareness Month, an opportunity for your hearing aid doctor to spread awareness about the many complications associated with hearing loss – including its association with dementia.

The Effects of Hearing Loss on the Brain 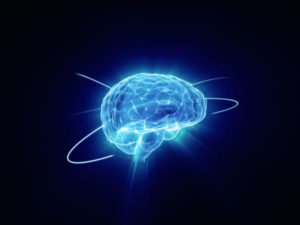 If you’re experiencing hearing loss in Katy, you have an increased risk of developing dementia, according to a recently published study that tracked a large group of people in France over an extended time period. Let’s talk numbers: patients over the age of 60 have a 35 percent higher risk of cognitive impairment. Each additional 10-decibel loss in hearing capacity increases their risk by 20 percent.

The exact reason for this correlation is unclear, but researchers believe common pathology may have something to do with this: when damage to the nerve cells in the inner ear responsible for hearing occurs, similar damage may also happen to the nerve cells involved in memory and cognition. It is also understood that the very act of trying to process sounds can overwhelm the brains of individuals with hearing loss, leading to what is essentially cognitive overload. Finally, the self-imposed isolation and withdrawal from social activities many patients with hearing loss experience means less cognitive engagement and a corresponding increase in dementia.

The more severe the hearing loss, the higher the risk of developing cognitive impairment. Those with mild hearing loss are twice as likely to develop dementia; patients with moderate hearing loss tripled their risk, and those with severe hearing loss had 5x higher risk. Sobering statistics indeed.

The study, conducted by French researchers over a 25-year period, tracked, 3,700 participants. They were given questionnaires and psychological examinations to assess their cognitive skills and mood multiple times during the course of the study. Even accounting for factors such as age, gender, and education, researchers found a significant correlation between hearing loss and lower mental health screening scores. These corresponded with higher rates of cognitive decline. But those patients who treated their condition with hearing aids were the exception; their rates of decline were similar to those of people with normal hearing. Individuals who did not use hearing aids, by contrast, averaged an extra 1.5 points of decline on a 30-point scale over 25 years. Hearing aids reduce the brain’s cognitive demands and help those with hearing loss enjoy a variety of social activities – a proven factor in reducing the likelihood of dementia.

The takeaway from this study is pretty straightforward: wearing hearing aids is the best way to help prevent cognitive decline and dementia. For more information on the link between hearing loss and dementia, or to find out more information about National Audiology Awareness Month, contact your local Katy audiologist today!