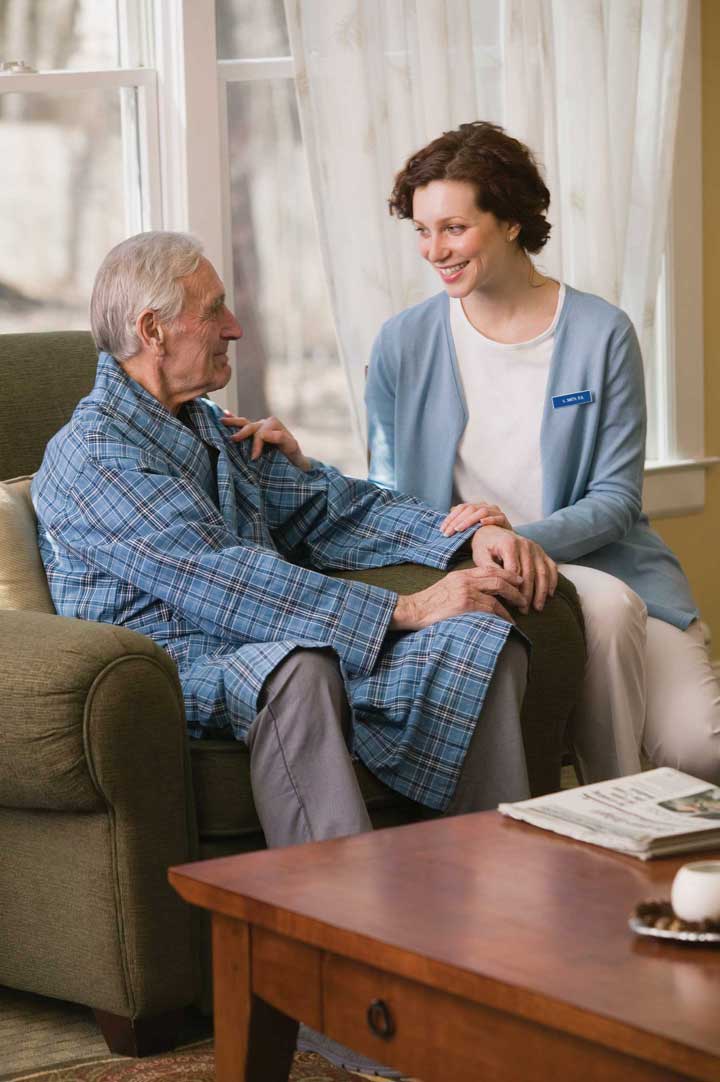 One of the scariest words for adults to hear. Whether it is your parents, a sibling, or yourself, it is hard to grasp the concept that any loved one is slipping into a world they no longer understand. The crossover of symptoms of dementia and hearing loss is vast enough to make researchers wonder, “Is there a link between the two?”

In a 2011 study focusing on dementia, Frank Lin, M.D., an otologist and epidemiologist at John Hopkins University, partnered with his colleagues and monitored the cognitive health of over 600 people who were labeled as “mentally sharp when the study began.” The researchers tested the volunteers’ mental abilities regularly for 12-18 years. Based on the findings, researches have stated that the worse the initial hearing loss, the more likely the person was to develop cognitive difficulties or dementia. Compared with people of normal hearing, those with moderate hearing loss had triple the risk.

Lin states that “the general perception is that hearing loss is a relatively inconsequential part of aging. But our findings suggest that it may play a much more important role in brain health than we’ve previously thought.”

What does this mean for people who already have hearing loss?

Although researchers are working to study and confirm the connection between hearing loss and cognitive ability- they are quick to point out that simply being at increased risk does not mean a person is certain to develop dementia.

While it may factor in to the risk of developing dementia, there are many other factors as well. Such as, mental stress, brain structure, long and short term memory, and brain resilience. Isolation and social manner also seem to play a key role in cognitive ability. Having a hearing loss tends to push people into social isolation. This is due to the lack of communication and mental frustration caused when a person is constantly struggling to converse with people around them, in groups, restaurants or even family functions.

The next step in Lins’ study is to find out whether providing state-of-the-art hearing loss treatment, like cochlear implants or hearing aids, can prevent or delay cognitive decline and dementia. In the next few years Lin will be conducting a second study to find out more about the effects of hearing devices on people at risk for developing dementia. He and other researchers will monitor a large group of older adults with hearing loss. Half will get best-practice hearing treatment and the other half will get what Lin calls “watchful waiting.” Over the following three to five years, researchers will track the participants’ cognitive functions and results will be revealed in 2020 at the earliest.

What Are My Options: Prevention and Treatment

In the meantime, if you have hearing loss, it makes sense to get it treated as well as it possibly can be.

In terms of cognitive ability, there are things you can do to challenge your brain and keep it well in tune. Physical exercise seems like an easy fix, but no one wants to get up at 6 am to walk or go after a long of day. So while you’re working, try switching your computer mouse to your non-dominant hand. This, in turn, will stimulate the neural connections between the right and left hemispheres on your brain. Playing games like chess, crosswords, and Sudoku also keep your neurons moving.

If you own a computer, there are thousands of “Brain Games” online that will challenge and improve your cognitive skills.